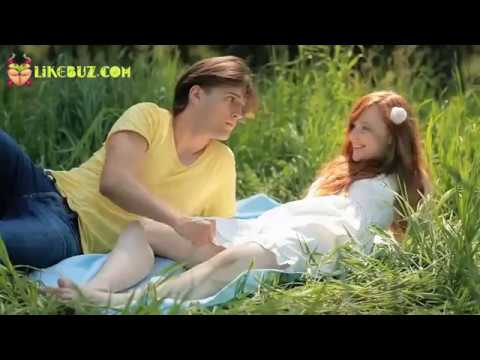 Does Having Sex For the First Time Hurt? - The Naked Truth - Her Body

Brunette Doggy Hardcore. Sexy Little Petite blonde does it with her boyfriend for the first time and rides it hard!

Thinking back to it eight months and many sexy times later, I honestly wouldn't change anything. I've grown so much more comfortable with sex, and I can thank my boyfriend for that for being kind and gentle.

But the conversation was always about boys, never about being sexual with girls , so I felt completely unprepared when I went to have sex with my girlfriend for the first time.

It was the summer after I graduated from high school and I was on a date with this kid I knew since elementary school. We had talked about it before and we got this cheap motel and we did it.

I felt kinda numb until the next morning, when I got in the shower and cried for an hour. It wasn't a big deal in my mind, as I'd lose it one day anyway, so why not then?

I was talking to the boy for awhile and he made me feel like it was the right thing to do. I imagined it'd be like in the movies — all sweet and romantic, all planned out.

It wasn't! It was awkward and I didn't really know what to do. Since then, my experiences have gotten better as I now know what I'm doing.

We always joked about marriage, and he was cute, but I never felt attracted to him. One day, we went hiking, and he kissed me at the top of the peak, and I felt excited.

He was older, his arms were strong, and he wasn't aggressive like the boys I kissed in my grade. He was my best friend and we were kissing — what!!!

Anyway, that summer, we talked about having sex, but he insisted that I had to be Finally, my birthday came, and his family was home, so we snuck into his backyard and went into a children's playhouse adorned with little kitchenware and dolls.

So not sexy. It was awkward and it didn't really work. He blamed me for it. It was really immature.

Also, after having sex with guys, I've realized that sex with girls is more my speed — more fun. I had always been nervous about the idea of sex.

I had so many questions about how it would feel. But we discussed it and we both agreed we trusted each other fully. At first, it felt weird — not painful, but just a completely different feeling.

My advice is to make sure you trust this person so you can enjoy it even if it is awkward at first. I had met this guy online when I was younger and we had been talking for awhile.

I had gone to see him a couple times and he said he didn't want to be my first. But then on New Year's Eve, he invited me over and we ended up having sex.

I felt super weird after, because I was like, maybe I should've waited for someone I loved. I really think that shapes how I treat sex now.

I know a lot of people whose first time was with someone they loved, and now sex is this sacred thing for them — whereas for me, sex is really just an act of pleasure.

My boyfriend was visiting and it felt right at the time. But then he had to leave to go back to school, and I was left with a lot of emotions, including regret and shame.

I missed him and I felt overwhelmed. Even though we aren't dating anymore, I really did love him and a part of me always will.

My boyfriend at the time and I had been together for about eight months and things were getting serious, so we decided to do it.

I was expecting it to be so nice and amazing, but instead it was so painful. It only lasted a couple of seconds. We had sex in a car how romantic, right?

I was so nervous that he wouldn't feel that 'spark,' but he did. At the time, I felt amazing. I thought I found the guy of my dreams and that we'd get married.

We're no longer together, but I don't regret the experience. I just wished I had known I didn't need to have sex with a guy for him to approve of me or continue dating me.

I'm on the Pill and we used condoms. It didn't hurt at all. I was so happy to be making love with him. I liked the feeling of being so close to him.

But physically I thought it felt weird — like it didn't really feel all that great and I didn't feel tons of pleasure.

Afterwards, I expected to feel more mature and more confident, but I really just felt the same as I always have. I don't really feel like losing your virginity is as big of a deal as everyone makes it out to be.

I'm happy that I had my first time with someone I love , so, in that aspect, losing my virginity was really great because of how much I love my boyfriend.

If it had been with anyone other than my boyfriend it would have been sooo embarrassing. One friend asked if he could crash at my place. I wasn't expecting it to turn into anything — I didn't even know he felt attracted to me that way.

It was very spur of the moment, but we did use a condom. He was my good friend and I trusted him, so even though we didn't talk about it beforehand, it felt right and okay and was even pretty exciting.

I was obsessed with the fact that I was a virgin, sizing up my classmates, puzzling over whether any of them were virgins, too.

One of my high school crushes invited me to hang out one weekend, and according to my experienced roommate, it was apparent that he wanted to have sex.

We used protection. He was considerate and gentle and quite kind. The experience as a whole was very positive. I didn't have sex again for another two and a half years.

I was ready and glad to no longer be a virgin, but I was not ready for the risk and responsibility of being sexually active. I have no regrets — either about how I lost my virginity or how long it took me to have sex again, because both were a reflection of me being good and ready.

We decided to do it after about three months of dating, when I knew for sure I was ready. We used a condom. Honestly, I didn't feel different after than I did before.

Maybe just a little more mature. If you really think you're ready, and you and your partner protect yourselves, it can be a really cool thing.

I ultimately decided to lose it to a guy that I really, really liked but wasn't in a relationship with. I was just so ready to 'get it over with,' and this guy was and still is a great guy.

My one regret in the entire experience is that I didn't tell him that I was a virgin. To this day he doesn't know! I was so scared that I was going to freak him out, but really, a lot of awkwardness could have been avoided if I'd just been honest.

I was 17 and I just wanted to get it over with. I asked one of the people that knew me best at the time, my sort-of boyfriend, if he would take my virginity, and he agreed.